Sevilla director Monchi has confirmed that Denis Suarez could be set to cancel his loan move with the club and join Villarreal instead.

Suarez joined on a two-year loan from Barcelona following Ivan Rakitic’s move to the recent treble winners, but despite a good start to life in Andalusia, has seen chances in the first-team become more and more limited. 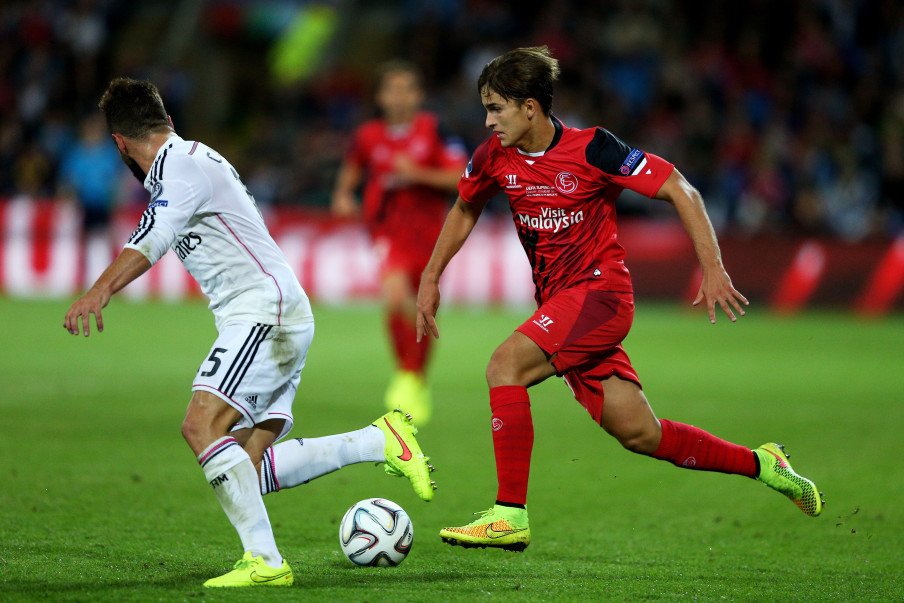 The 21-year old played 47 times in all competitions last season, but is yet to play any part in Sevilla’s two games so far this season. One of those was against parent club Barcelona, where Michael Krohn-Dehli and Ever Banega were both preferred as central midfield options.

While at new signing Fernando Llorente’s presentation, Monchi said that talks with Barcelona and Villarreal were ‘at an advanced stage’, and that the 46-year old thinks the move would be good for the player.

The former goalkeeper also said that back-up plans were in place should the Suarez move go through, but that it wasn’t likely that Los Nervionenses would put any of those into action at this moment in time.