Atletico Madrid are set to demand a world-record £80m for goalkeeper Jan Oblak, with Liverpool having shown an interest.

According to The Mirror, a move to Anfield for Oblak looks to be off the cards after Liverpool discovered his price.

Atletico are looking for a fee in the region of £80m for the shot-stopper, which Liverpool are not prepared to pay.

This would make him Liverpool’s club-record signing, and the most expensive goalkeeper in the history of football. 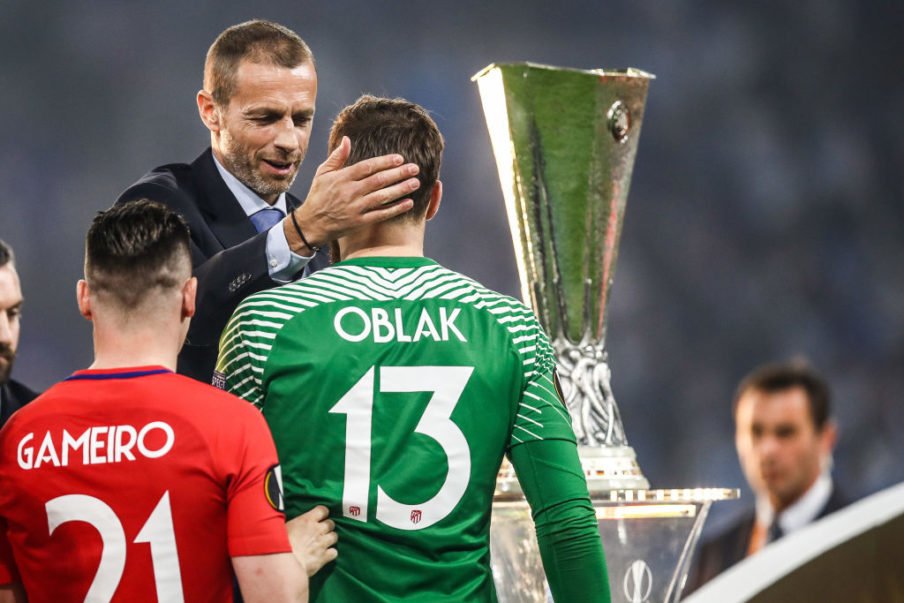 Oblak is regarded by many as the best goalkeeper in the world, due to his impressive performances over the past few seasons for Atletico.

The shot-stopper has kept 93 clean sheets in 162 games for Atletico in all competitions.

The report claims that Liverpool will now concentrate their efforts on Roma goalkeeper Alisson.

However, if that move also breaks down they could swoop in and sign Southampton goalkeeper Alex McCarthy.